Access to TV platforms: EAO report for the European Commission

Access to TV platforms: EAO report for the European Commission 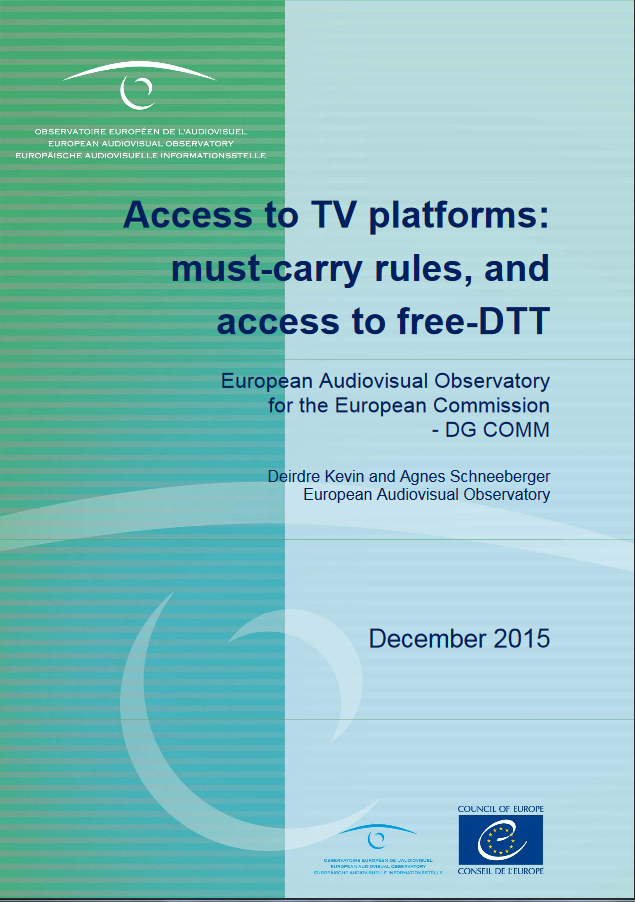 In April 2016, the European Audiovisual Observatory published a report based on its work carried out in 2015  for the DG COMM of the European Commission, which looks at the way in which national systems prioritise the delivery of certain types of television content over distribution platforms. The context of the study was to examine a set of issues related to the questions of access to content for the public. The territorial scope of the report includes the 28 Member States of the European Union and six additional countries: Albania, Bosnia and Herzegovina, Iceland, Norway, the Republic of Serbia and Switzerland.

The aim of the study was to provide an overview of must-carry rules for television in Europe and to examine whether must-carry rules applied to digital terrestrial television (DTT) platforms. Hence, alongside the information on must-carry regimes, a brief overview on the licensing regime for DTT platforms, in particular the free-DTT platforms (as pay DTT can be considered as similar to any other pay package such as those provided by cable, satellite, IPTV etc.) is also presented. This is done from two perspectives:

With regard to the process of elaborating this study, a brief questionnaire on these issues was sent to the 52 broadcasting regulatory authorities members of EPRA from 46 countries in and beyond Europe in 2015. Replies were received from 26 regulatory authorities, 21 of which were from EU countries and six from other countries. Additional in-house research was carried out on the other 7 EU countries. Most of the data collection for this report was completed between April and December 2015. Recent changes (to April 2016) have been added under the section “Recent legal developments”, based mainly on news in the IRIS Merlin database. Changes to the status of DTT implementation have been added (based on end of 2015 data from MAVISE and the Yearbook of the European Audiovisual Observatory).