AAAVMS publishes Report on Broadcasters’ Ownership Structure and Mergers in 2018

Report highlights that most of the Macedonian television, radio and print media outlets are owned by individuals 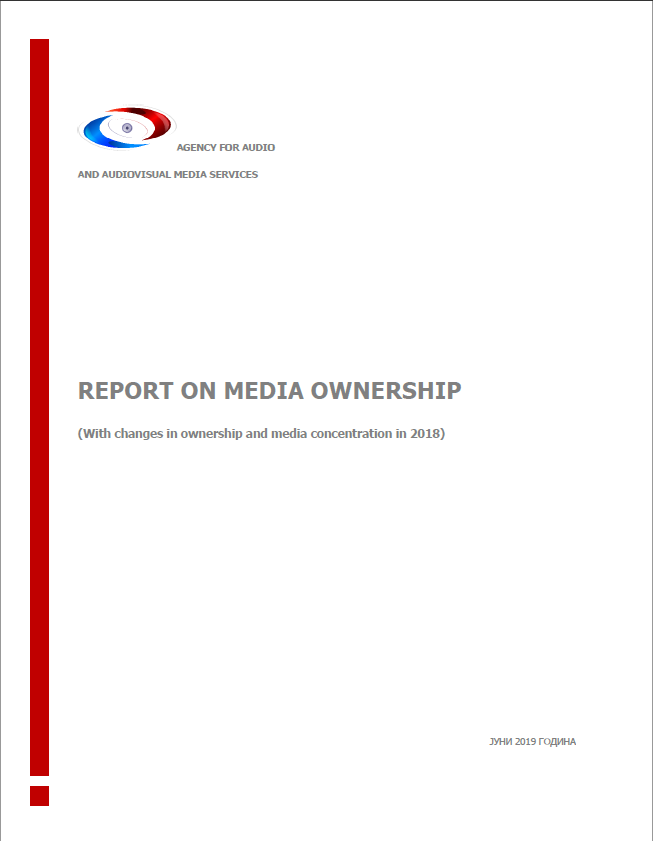 In order to increase the transparency of media ownership structures, the National Audiovisual Regulatory Authority of the Republic of North Macedonia (the Agency for Audio and Audiovisual Media Services) prepared a Media Ownership Report.

The report contains a summary of the legal framework; data on the broadcasters and print media owners; data on changes in the ownership structure of broadcasters and the merger of capital between broadcasters in 2018. The report also presents the activities undertaken by the Agency in 2018, aimed at preventing illegal media concentration.

The data were obtained using official sources – documents on the current status issued by the Central Register, as well as the website of the Central Depository of Securities (data on persons who own more than 5% of shares in the shareholders’ companies owning broadcasters).

Additional Background: encouraging transparency of ownership is a key concern for media regulators in Europe. Several regulatory authorities such as in Belgium, Croatia, Germany and Georgia, have developed a freely accessible public register or database or publish regular monitoring reports.