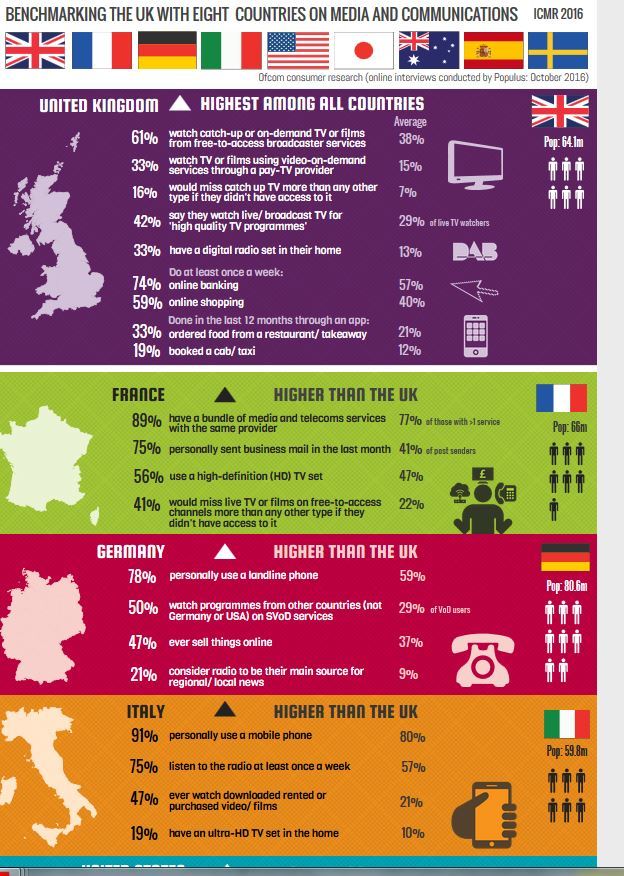 On 16 December 2016, Ofcom, the converged regulator in the UK, published its eleventh International Communications Market Report (ICMR) which provides comparative international data on the communications sector on the availability, take-up and use of services in the UK and 17 comparator countries.

The aim of the report is to benchmark the UK communications sector against a range of comparator countries in order to assess how the UK is performing in an international context. The report covers the year 2015 and compares the UK with 17 countries: France, Germany, Italy, the US, Japan, Australia, Spain, the Netherlands, Sweden, Poland, Singapore, South Korea, Brazil, Russia, India, China and Nigeria.

An valuable addition to this years' edition is an infographic benchmarking the UK with eight countries on media and communications.

Some key points of the 2016 ICMR include: