EPRA publishes comparative paper on public service content in the digital age: the role of regulators 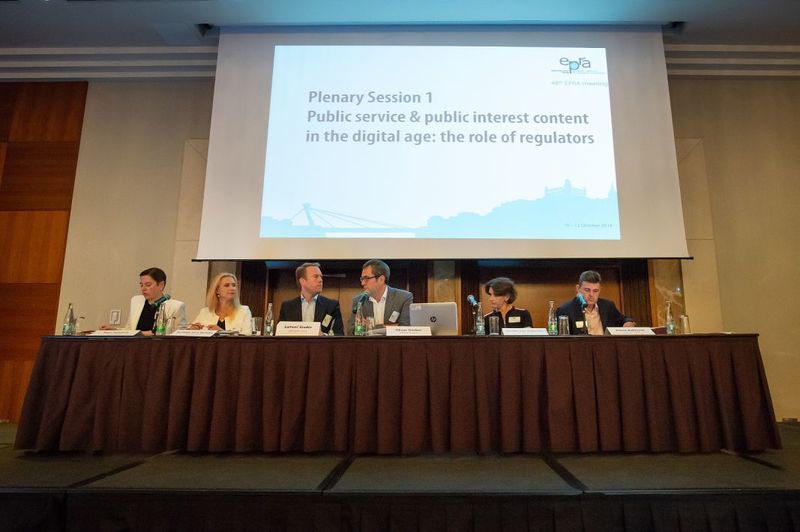 On 2 April 2019, EPRA published the final version of a comparative background document titled "Public service and public interest content in the digital age: the role of regulators".

The paper, authored by Dr. Samuel Studer from the Swiss Federal Office of Communications on behalf of EPRA, is based on the analysis of the responses of 31 regulators to an online survey aimed at gathering background information to prepare a plenary session in October 2018 in Bratislava. The paper provides an overview of:

Key findings from the survey include the following:

EPRA’s Work Programme for 2018 included an annual theme on “Public service and public interest content in the digital age”.

The objective of the spring plenary session, which took place on 24 May 2018 in Luxembourg, was to bring together a selection of key stakeholders to report on their perception of current challenges in the provision, distribution and delivery of public service and public interest content. The background document "Public Service and public interest in the digital age” which was produced on that occasion listed several of the current challenges and problems facing PSM in Europe.

The second plenary session, which took place on 11 October 2018 in Bratislava, focused on EPRA members’ perception of the challenges facing PSM in the digital age and on the role that broadcasting regulators play in the supervision of PSM. On that occasion, four presentations by regulators from authorities vested with wide-ranging competences in the supervision of public service media provided an opportunity to highlight the particular regulatory challenges that public broadcasters currently face in their respective countries and to report on how regulation can facilitate PSM through transparency and accountability mechanisms, both in respect of the remit of PSM and in their use of public funding and other economic resources.