EPRA back in Bratislava for 48th Meeting

On the eve of AVMSD adoption, the need for increased cooperation between AV regulators and enhanced EPRA-ERGA synergy were deemed crucial

18 years after first convening in the Slovak capital, EPRA was back in Bratislava, on 10-12 October 2018, to hold its 48th meeting at the invitation of the Council for Broadcasting and Retransmission. The event gathered 142 delegates representing 49 member authorities. As the host of the meeting, Ľuboš Kukliš, happened to be the current Chair of The European Regulators Group for Audiovisual Media Services, the meeting was an opportunity to discuss the possibility for enhanced synergy between EPRA and ERGA and, more generally, ways to increase the effective cooperation between audiovisual media regulators on the eve of the adoption of the AVMS Directive. 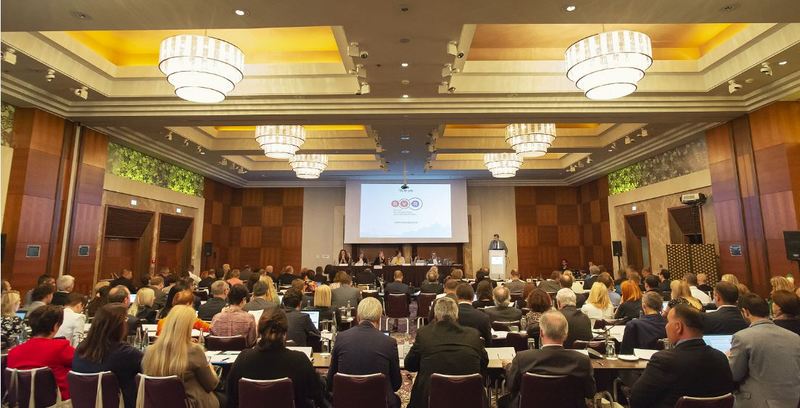 Having addressed the "legitimacy crisis" of public service media in spring in Luxembourg, the first Plenary session focused on the regulatory and organisational responses to the political and social pressure faced by PSM.

As a follow-up to the discussions on social media power and election legitimacy held in spring in Luxembourg, the second Plenary session reported on the progress of various strands of work within ERGA which are seeking to address the topical dilemma raised by political communication and social media from various complementary angles.

EPRA was set up in 1995 in response to the need for increased cooperation between European audiovisual regulators. With more than 20 years of experience and a robust network of working-level contacts, EPRA is the oldest and largest network of broadcasting regulators and is an ideal setting for the exchange of information, cases and best practices between broadcasting regulators in Europe. It explores innovative means of regulating and analysing the audiovisual sector and sharing that with a wider audience of stakeholders.

The next EPRA meeting will take place in Sarajevo, on 29-31 May 2019 at the invitation of the Communication Regulatory Agency (CRA).