Jean-François Furnémont represented EPRA at the first meeting of the Rencontres parlementaires sur l’audiovisuel, initiated by Madame Catherine Morin-Desailly, Vice-Chairperson of the Commission for European affairs of the French Senate. This event entitled "How future-proof is the French audiovisual model?" took place on Wednesday 18 October 2013 in Paris.

Most of the discussion focused on how future-proof the French and the European audiovisual models are in the context of emerging global players that seem to escape any control in terms of audiovisual policy and more generally in terms of tax. 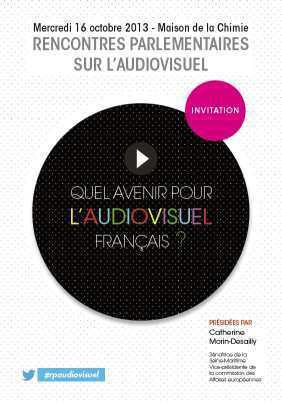 Jean-François Furnémont confirmed that the development of on-demand media services and the emergence of new open platforms are likely to jeopardise the European market. All European audiovisual media landscapes are now concerned inasmuch as more than 50% of on-demand services in Europe are aimed at a country while being established in another country - thus bypassing national support systems for audiovisual production. This raises the dual issue of the limits of the implementation of the country of origin principle and of the growing gap between the digital world and market regulation which remains based on geographical criteria.

Against this background, Jean-François Furnémont stressed the importance of effective implementation of Article 13 of the AVMS Directive on the promotion of European works. New systems of promotion and distribution must be created to allow the continuation of the virtuous circle of financial support for audiovisual creation. In this context, he welcomed the organization by the European Commission of a workshop on these issues on 18 November in Brussels.

He also stressed the need to strengthen cooperation between European regulators and also between audiovisual regulators and film agencies as they often share the same goals.