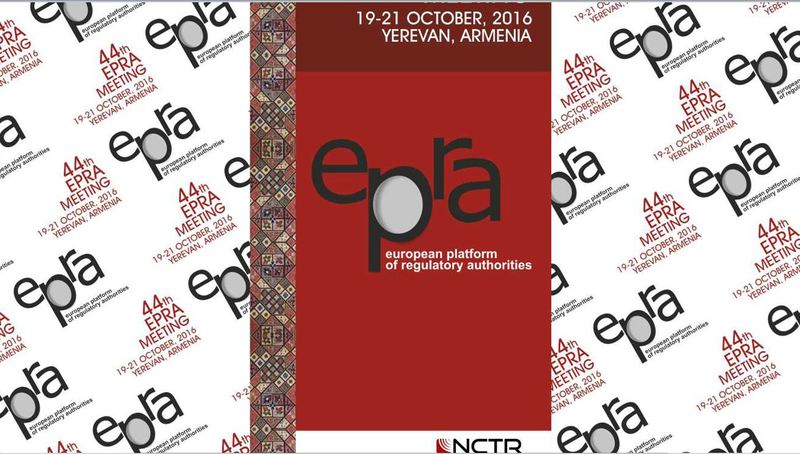 EPRA met in Yerevan, Armenia, for its 44th meeting which took place from 20 to 21 October 2016 at the invitation of the Armenian National Commission on TV and Radio. About 125 delegates representing 41 broadcasting regulatory authorities met to discuss issues related to media regulation and to exchange information and best practices.

One guiding thread running through the meeting was to provide audiovisual regulators with keys to better grasp the convergent media landscape, and raise the awareness of emerging issues and regulatory challenges.

In the continuation of the first yearly plenary theme entitled "Is there still a future for free TV?", a panel of expert speakers (Gilles Fontaine, European Audiovisual Observatory; Ross Biggam, Discovery) provided insight in the great variety of the European media landscape. It was highlighted that free-to-air channels cannot be defined by a delivery network any longer and that major players need to be “platform agnostic” with a mix of pay, free and OTT. While linear TV and FTA are still going strong, financing FTA content is one challenge that regulators have to be particularly aware of.

A working group entitled "Spotlight on audiovisual platforms" provided clarity on the proteiform concept of platform and looked into the proposed extension of the AVMS Directive’s scope to include video-sharing platforms. Another parallel workshop reviewed recent illustrations of the blurring of advertising and editorial content with the emergence of new techniques and social media and discussed the tension between the objectives of consumers’ protection and funding of content.

Another overarching theme of the meeting was the exchange of experience and best practices concerning internal processes relating to the governance, the functioning and the daily operations of media regulators - ultimately to encourage independent, accountable and efficient regulation. During the second plenary session, keynote speaker Jean-François Furnémont (Wagner-Hatfield) addressed the challenges of compliance and enforcement in a changing media ecosystem and invited broadcasting regulatory authorities to urgently adjust their practices and mindset to the new environment while keeping key regulatory objectives in mind.

EPRA members continued their exchanges concerning the hot issue on this year's regulatory agenda with a working group on "Media in times of crisis". The session focused this time on the role that regulators play in times of crisis and discussed recent cases, concrete challenges and tools including “soft” measures. 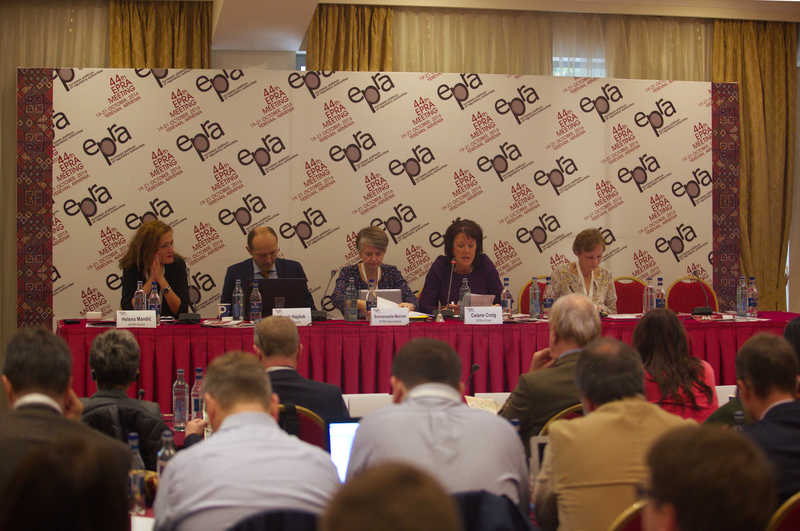 The meeting also saw the adoption of a Three-year Strategy Statement for EPRA by the Assembly of members.