A new Executive Board for EPRA 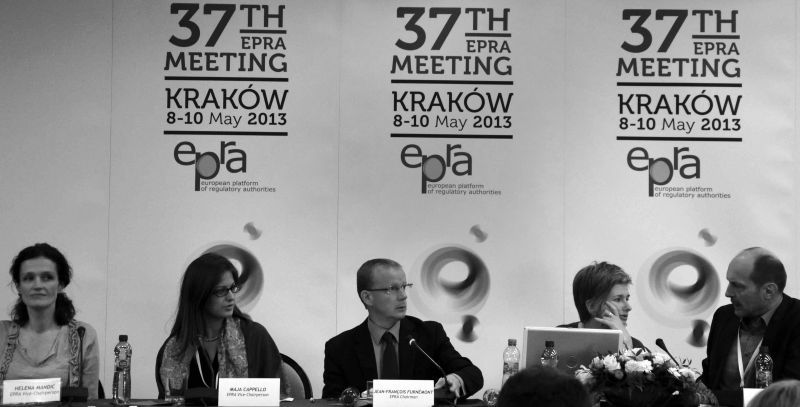 
Elections for the entire EPRA Executive Board were held at the 37th EPRA meeting in Kraków on 10 May 2013.

Jean-François Furnémont, Director General of Conseil supérieur de l'audiovisuel of the French speaking Community of Belgium (CSA) was re-elected Chairman for a period of two years.

Mr Furnémont is no newcomer to the EPRA. His regulatory authority became a member of the network in 1998, he joined the Board in May 2008 and was elected as Chairman in 2011 for a first two-year mandate.

In carrying out his tasks, the new Chairman will be supported by the Strasbourg-based Secretariat and by four Vice-Chairpersons.

Helena Mandić, Director of Broadcasting at the Communications Regulatory Agency (BA), joins the 5-person Executive Board for the first time.

Other re-elected Board members are: